It must be over 15 degrees in the sun.The Japanese cherry trees are in full bloom, the birds are singing. Mowlid Aden, 62, is here, and so are Jamal Abdulle from the Skåne’s Horn of Africa group and Kb Mosaik’s reporter. Otherwise the place is deserted.

We’re sitting here on the benches in an inner courtyard at Gamlegården.

– I’ve worked in different places, my last job was at Kronfågel, where I worked for nine years before I had a stroke in 2008, says Mowlid Aden.

– But I feel better and better.

He lives along with his three youngest childrern (of four) and his wife in a four-room flat in Göingegatan. He has lived in the same flat for 27 years.

He enjoys life. He really feels at home, with lots of friends to spend time with.

”If you live in a flat you don’t have much choice, we share the same kitchen and toilet. If one of us falls ill, the others must try to keep their distance, and that makes things difficult”

But now life has been put on hold.

Do you think a lot about the new corona virus?

– It’s very hard, life has changed, you have to limit yourself, always keep it at the back of your mind: where should you be, what should you do?

Have you been given proper information about the virus?

– Oh, yes, in several languages, in Somali, Swedish and Arabic, there is information on a notice in the mosque.

Mowlid Aden says that he has been following developments since the virus broke out in China. As soon as it reached Sweden he started to be careful.

– People living in Sweden are bombarded with information.

He thinks a lot about the fact that his children are out and about a lot, they go to school.

– If you live in a flat you don’t have much choice, we share the same kitchen and toilet. If one of us falls ill, the others must try to keep their distance, and that makes things difficult. We haven’t got another flat we can move to. 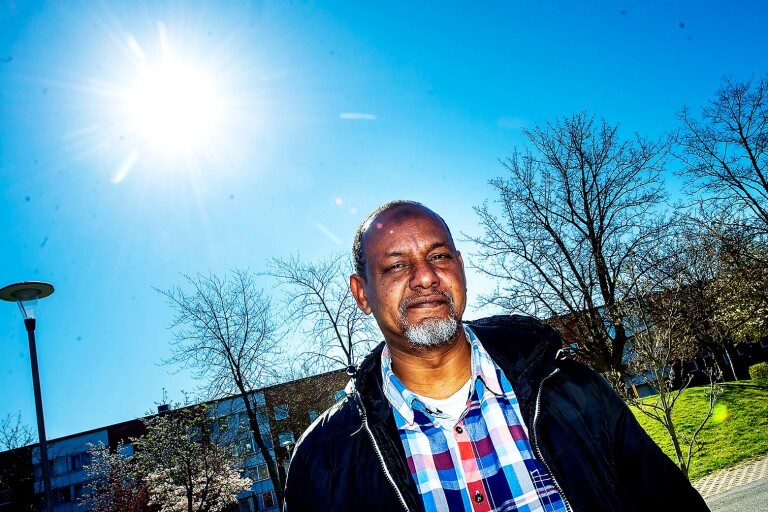 Do you think the school should be closed?

– No, that would never work at home, he answers with a laugh.

Every day he wonders if anyone will be infected, but he tries to be positive.

– I ’d like to live on my own a remote village while the infection is at its worst.

71 people over the age of 70 live in overcrowded conditions in Kristianstad.

In Kristianstad 71 people aged over 70 live in overcrowded conditions, that is, they live in an area of less that 20 square metres per person.

They live at Gamlegården, Charlottesborg and Österäng, and with younger people. So they are in the highest risk category for being infected by the new corona virus. In Hässleholm the figure is 57 people, in Östra Göinge 6 and in Osby 5.

Bo Malmberg, professor in cultural geography at Stockholm University, has made a study of how people over 70 live in Sweden. The study is based on statistics from SCB, and shows whether the elderly live in a house or a flat, how many people live under the same roof and how old they are.

Malmberg has divided the material into eight risk groups, with group 7 being most at risk.

71 per cent of those aged 70 or more live alone or in a two-person household along with someone who is over 60. The risk of being infected is low.

In risk-groups 6 and 7 there are 55,118 people over 70. Here there is a greater risk that the infection spreads – more people live close together, and older people live alongside younger ones.

There are 12,087 people in the highest risk-group. They live with several other people in crowded conditions, with less than 20 square metres per person.

The study is based on SCB’s statistics from 31st December 2017.

We were to have our annual general meeting now in April, but it has been cancelled

Do you feel that you are more at risk than other people because you have had a stroke?

– Sooner or later you have to die, fate decides when. A lot of people are knocked down and die in motor accidents, but we don’ t say much about that at the moment. And the virus is here. No matter whether I am strong or weak, I do everything I can not to fall ill. I do my best, I don’t want to think about the rest.

He walks a lot, and has an allotment nearby.

– We’ve weeded and planted seeds there.

”I’ve heard that there are houses standing empty outside the town. I wouldn’t mind living there”

Mowlid Aden, talking about finding somewhere else to live during the corona crisis.

Mowlid Aden is a member of the Skåne’s Horn of Africa Group. The society has informed its members about the new corona virus.

– We were to have our annual general meeting now in April, but it has been cancelled, says Jamal Abdulle.

There are members who are more exposed to infection than others.

– People who live in cramped conditions, bus-drivers, nursery nurses, and workers at Skånetvätten laundry, in jobs in groups with no chance to work on their own. But we know that they know what applies.

They remove infection where you have to be

Elderly can get help with shopping - Call the helpline if needed 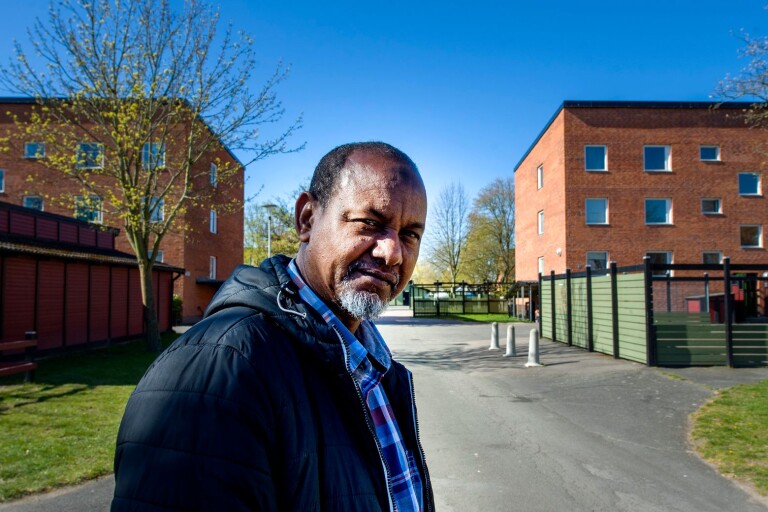 Have the authorities given you adequate information?

– I would like to have a discussion about what opportunity there is to be evacuated. If 6-8 people in a family live together and one is in a risk-group, and someone becomes infected. It ought to be possible to be evacuated so that not everyone catches the infection. I don’t know how it could work, but it should at least be discussed, says Jamal Abdulle.

– I’ve heard that there are houses standing empty outside the town. If anyone knows of a house in an isolated place, they’re welcome to get in touch with me. I wouldn’t mind living there.

Advice for the public

Stay at home if you have a cold. Wait at least two days after you recover before returning to work or school. Avoid close contact with people over the age of 70.

· Most people with symptoms do not need to contact the health service. Follow the self-care advice on 1177.se.

Call 1177 or your healthcare centre if you need more advice and support. At 1177 you can get advice through interpreters in Arabic and Somali from 8 am to 5 pm on weekdays.

At coronatest.skane.se you can do a self-test to see if you need to seek medical care.

· If you have general questions, you can find more information on krisinformation.se, folkhälsomyndigheten.se or call 113 13.

Everyone can contribute by not spreading the infection: wash your hands, cough and sneeze into your elbows.