A lot of people would like to know more about Trollacenter.In the area there are several different play areas, two places where you can grill, an obstacle course and a stage. It was formally opened in time for the big ”10-mila” race .

Almost everything was ready in time for the opening.

– A lot of people are curious and would like to try things out, says Carl Almström. He has been leader for work on the activity centre which has been given the name Trollacenter.

Trollacenter has been at the planning stage for a number of years. Now at long last it is finished.The whole area can attract everyone living in the Glimåkra–Östra Göinge area to different types of activity. 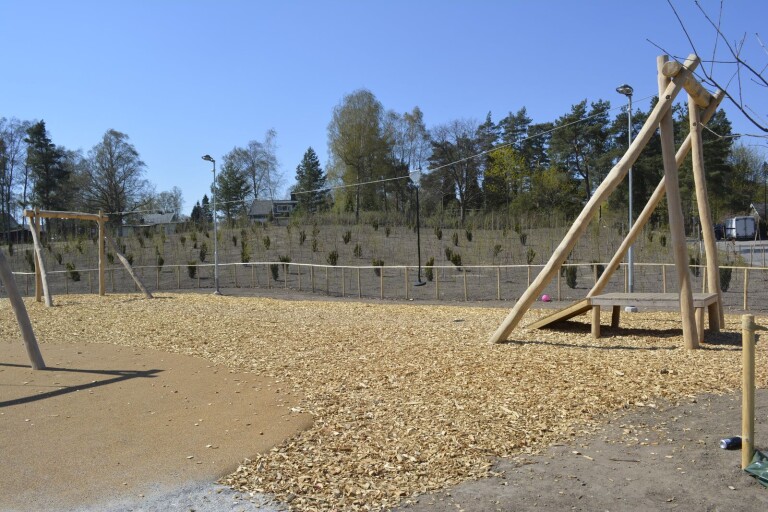 Foto: Marie-Louise Lindell
Ropeway. Therre are plenty to do at Trollacenter.

– Our idea is to have several different kinds of event here, says Henrik Arvidsson, head of section for land and exploitation in Östra Göinge municipality.

Trollacenter stood ready in time for the ”10-mila” orienteering competition on 27-28 April. Another idea is that a long-distance riding event in May can start and finish in the area.

Trollacenter is planned to be used in so many more ways.

– For example children and young people can get to and from their training at Glimåkra IF or to ice-hockey practice in safety. And the cycle path links the whole village all the way from Storgatan to the ice-rink. And you can keep going along running tracks as far as the open-air swimming-pool, says Henrik Arvidsson. 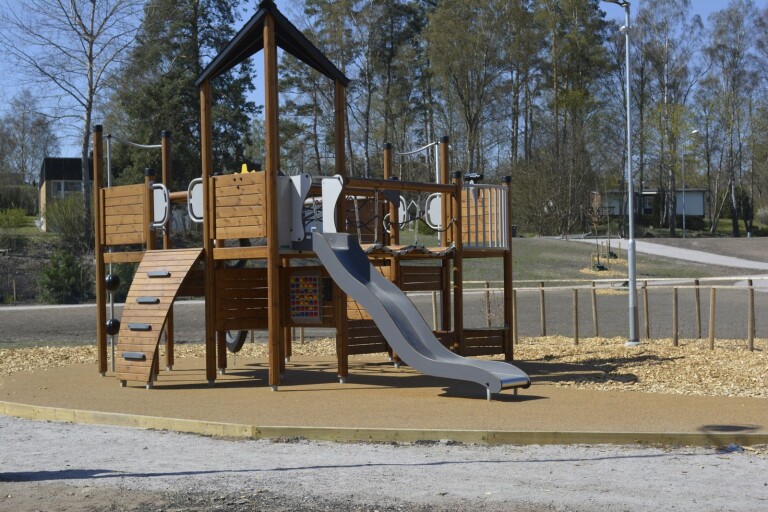 Foto: Marie-Louise Lindell
Play-area, one of them. 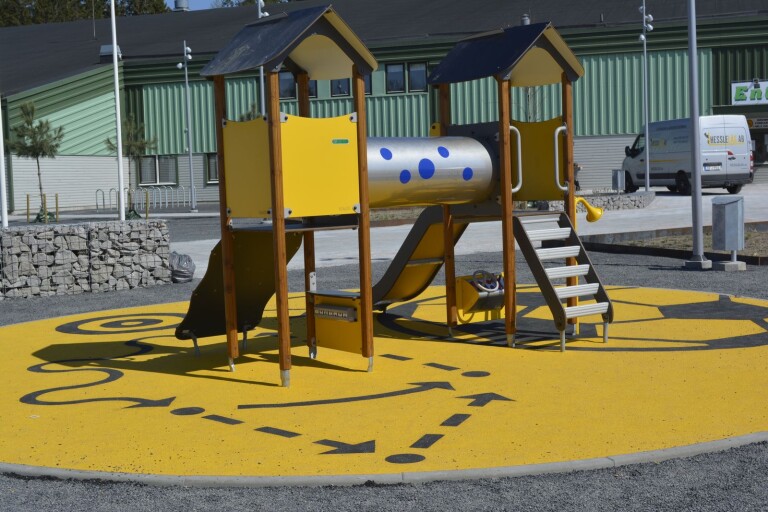 Foto: Marie-Louise Lindell
At Trollacenter there are a lot of play areas.

Trollacenter has roused a lot of curiosity among the inhabitants in Glimåkra.

– In Easter week we had a lot of children who had activities, says Carl Almström. He is pleased with the big, hard areas that can be used for playing or for different types of training.

All that is missing is the skateboard ramp, And that will be ready in the summer.

– Once that is in place, there will be an opening ceremony for everyone in Göinge, Henrik Arvidsson says. 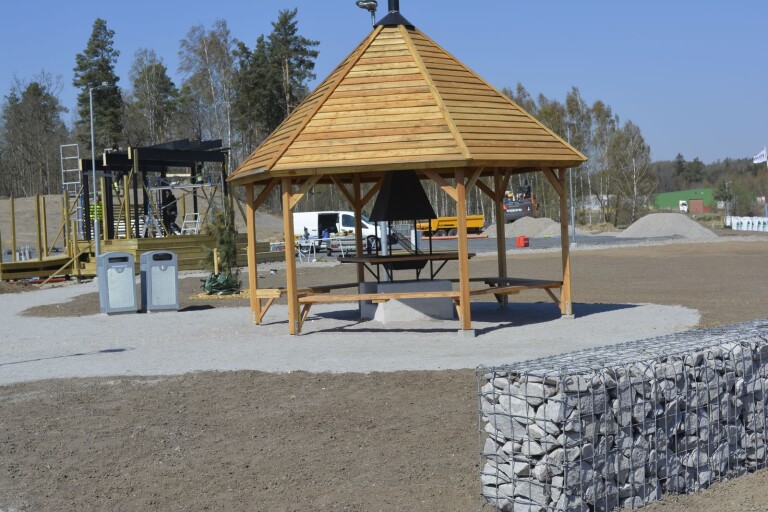