Voted ”Person of the Year” in Hässleholm and his company K-Fastigheter introduced on the Stock Exchange only nine years after starting. He is grateful to many people, not least his parents.

Jacob Karlsson, aged 33, owns half of K-Fastigheter (K-proprties). He has attended a lot of gala evenings in Kulturhuset, both as a guest and as a sponsor, and has seen the ”Person of the year” prize being awarded.

This year it was his turn to receive the prize.

Jacob Karlsson has quickly made a name for himself in Hässleholm. This on account of his drive and rapid expansion, but also because of a building that has aroused strong opposition. To build a new apartment block the municipality had to move the band stand at the T4 area.

– It warms my heart to be awarded this prize ,particularly since I also met with some opposition, over the band stand, for example.

You’re already a prophet in your home town, and so young?

– I’ve been at this for quite a while now, it’ll be nine years in December. I see the prize as the product of everyone who works in the firm, where I have the role of team leader.

Jacob Karlsson gave his parents tickets to the gala, but didn’t say a word about the award in advance.

– They’ve always given me support. The prize is confirmation for them too. They’ve been fantastic parents. 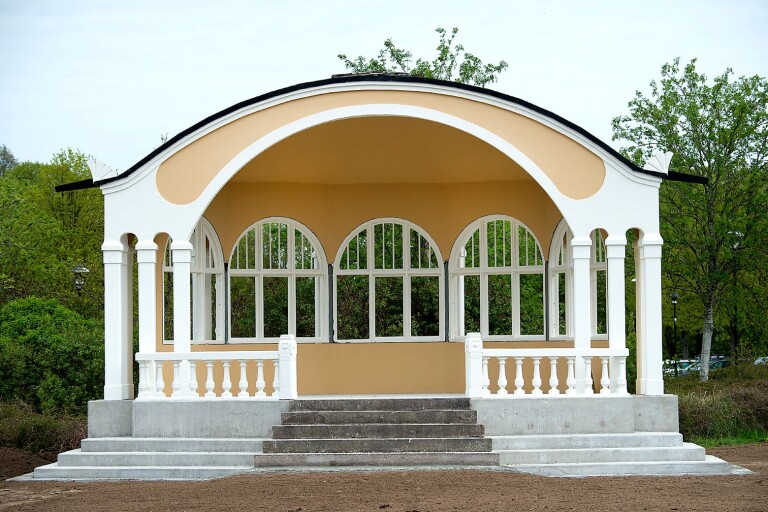 Foto: Tommy Svensson
The Bandstand (Musikpaviljongen) cost the municipality 2.7 million crowns to move. Here, in its new location, the T4 area in Hässleholm. 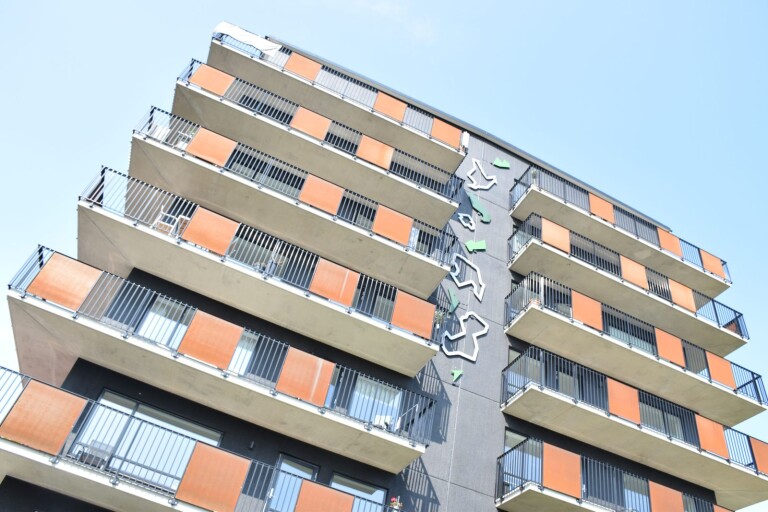 Foto: Carina Persian
The "black house" on eight floors, at T4 in Hässleholm, is built by K-fastigheter.

Jacob Karlsson owns K-Fastigheter along with Erik Selin, Göteborg. Now the company is to be introduced on the Stock Exchange. During the autumn Jacob Karlsson has presented the company to investors in Stockholm, Göteborg and Malmö.

The second and fourth pensions investment funds (AP funds) have subscired for shares. The second AP fund is the third biggest investor.

– It’s all very encouraging. We’ve got in an American asset manager too, and we’ve visited Investors in London.

In September the company owned properties with 1,562 flats, valued at more than 3.9 billion. In addition they had 678 flats under production and around 1,000 flats in projected developments.

90 per cent of the properties are in Skåne.