Police cordoned off a large area by Vramsån in Tollarp on Sunday. Several discoveries have been made. They may be linked to missing Emilia Lundberg, 20 years old.

– It’s things and not human remains. They could possibly be linked to the disappearance, says Rickard Lundqvist, Press Spokesman for the police.

It was Friday, the 22nd of November that 20-year-old Emilia was last seen. The police suspect she may have been abducted and have classified the case as a kidnapping.

Over the weekend, the voluntary organisation FIKK (Voluntary efforts in crisis and disaster) looked for Emilia. About 30 people helped on Saturday and slightly fewer people on Sunday.

Sandra Perdegård from Tollarp was the team leader for FIKK.

– There were many people in the village saying that we should begin a search. But nobody took the initiative, so I did, says Sandra Perdegård.

Police suspect that young woman has been abducted

On Saturday, FIKK made findings that were handed over to the police.

– We have found some things like a cigarette that we will hand over to the police, said Christer Lundell-Ek.

The discoveries were made in Tollarp's outer and southern parts. They will be analysed. The area where the finds were made was cordoned off. A helicopter is also being used in the search.

There were also police patrols in Tollarp on Saturday. They knocked on doors.

– Eye witness reports are welcome. If you have seen anything, you should call the police on 114 14, says Rickard Lundqvist. 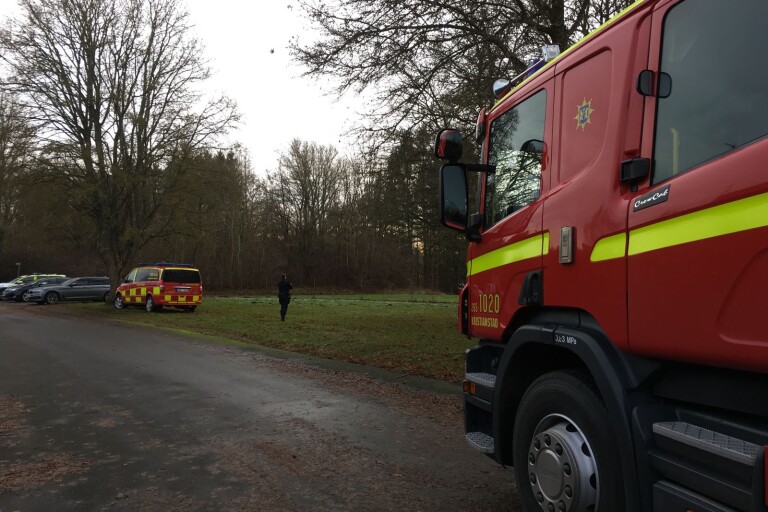 Foto: Maria Sällberg
The area where the finds were made was cordoned off. A helicopter is also being used in the search.