In 2011, Anwar Albawi won 200,000 crowns on the Postcode Lottery. On Monday it was time again: almost as much money to travel for.

Five people from the Postcode lottery, with Sandra Dahlberg leading the way suddenly come flooding into the apartment on Vemmenhögsgatan in Gamlegården. Anwar Albawi is sitting on the sofa. He was tricked by his wife Zaman to stay home.

– You? Again? He says as his smile becomes wider.

– I have hoped in my heart that I would win again. And now you are here, he says joyfully.

He used the money from the previous win to pay off loans, buy a car and furniture. Now he dreams of a trip to warmer lands. Tunisia or Egypt perhaps? He hesitates, he has dreamed of Mexico, but with three children and a newly started company, it’s not possible.

– We have not travelled for seven years, we have not had the finances for it, he says.

He won the travel prize on his two lottery tickets, 71,429 crowns each. Zaman has also won, she has one ticket.

Zaman has just started working in home care services. Her dream trip is to Thailand.

Anwar isn’t against the idea, he smiles:

– You get to decide.

Another two households in the area were surprised with travel prizes. In total 12 winners will get to travel. See the winners from Kristianstad on TV4 on Friday. 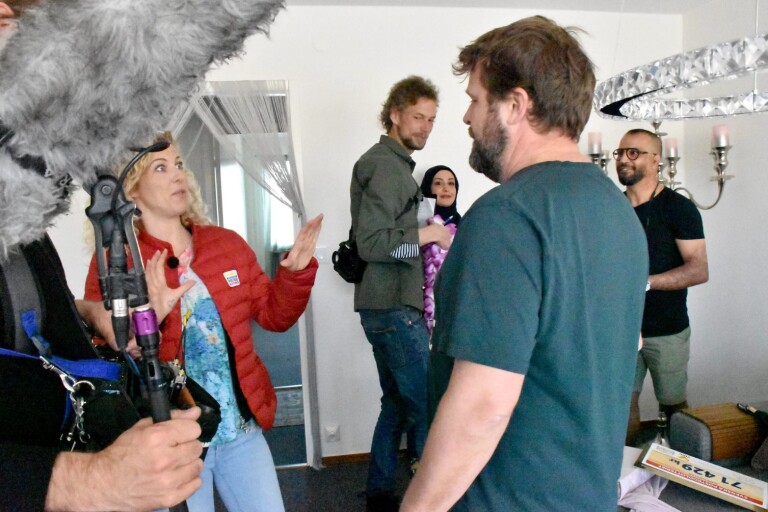 Foto: Ã…sa Carlsson,Åsa Carlsson
The Postcode lottery on a visit. Anwar Albawi is just about to find out what he has won from Sandra Dahlberg. 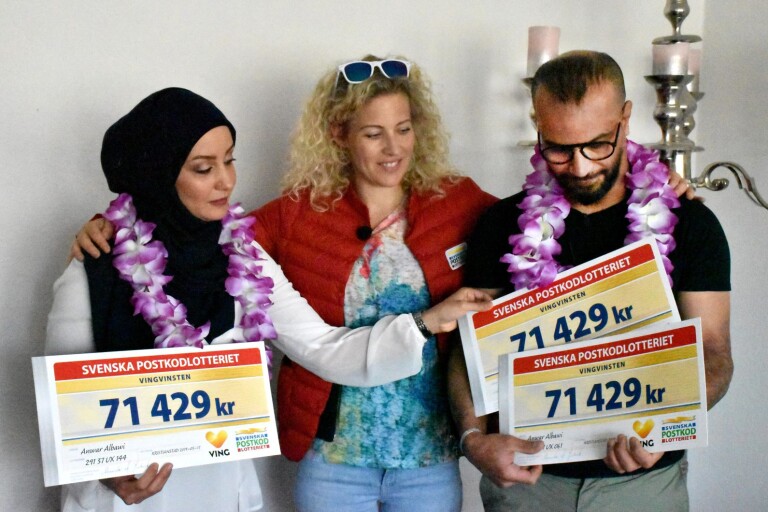 Foto: Åsa Carlsson
Anwar Albawi dreams of Mexico and his wife Zaman about Thailand. It could be both. Sandra Dahlberg from the Postcode Lottery has handed out prizes.